Highlights and Heartaches
Valdez Has Been Built On

In 1790, Lieut. Fidalgo (Sr. D. Salvador Fidalgo) visited Port Valdez and applied the name Puerto de Valdes, which is now used in the modified form, Valdez, for the bay, the town, and the glacier.

Two Russian settlements are reported to have been in existence in 1819 in Prince William sound, and directed their activities in Prince William Sound chiefly to the fur trade. In 1867 the United States purchased Alaska from Russia.

In 1896 The Klondike Gold Rush began. Not all of the hundreds of prospectors who, as a result of that discovery, landed in Valdez in 1897 and 1898, seeking a road to the interior, crossed the passes. Some of them remained to look for gold and copper in the mountains near the sound. Their number grew rapidly and probably reached its maximum about 1907. In consequence of their search, the copper deposits at Ellamar and Latouche and the gold-bearing veins of the Cliff and Granite mines were discovered, and also many smaller, less valuable deposits of these metals. Mining claims were staked at Ellamar and Latouche in 1897, and the properties at both places were soon producing copper ore commercially. The Cliff Mine was staked in 1906 and was in production in 1910. From 1897 to the breaking out of World War II few years passed when production of gold or copper from Prince William Sound was not recorded. Mining was entirely suspended during the second war and had not been resumed in 1952, probably because of the cost of equipment and labor. 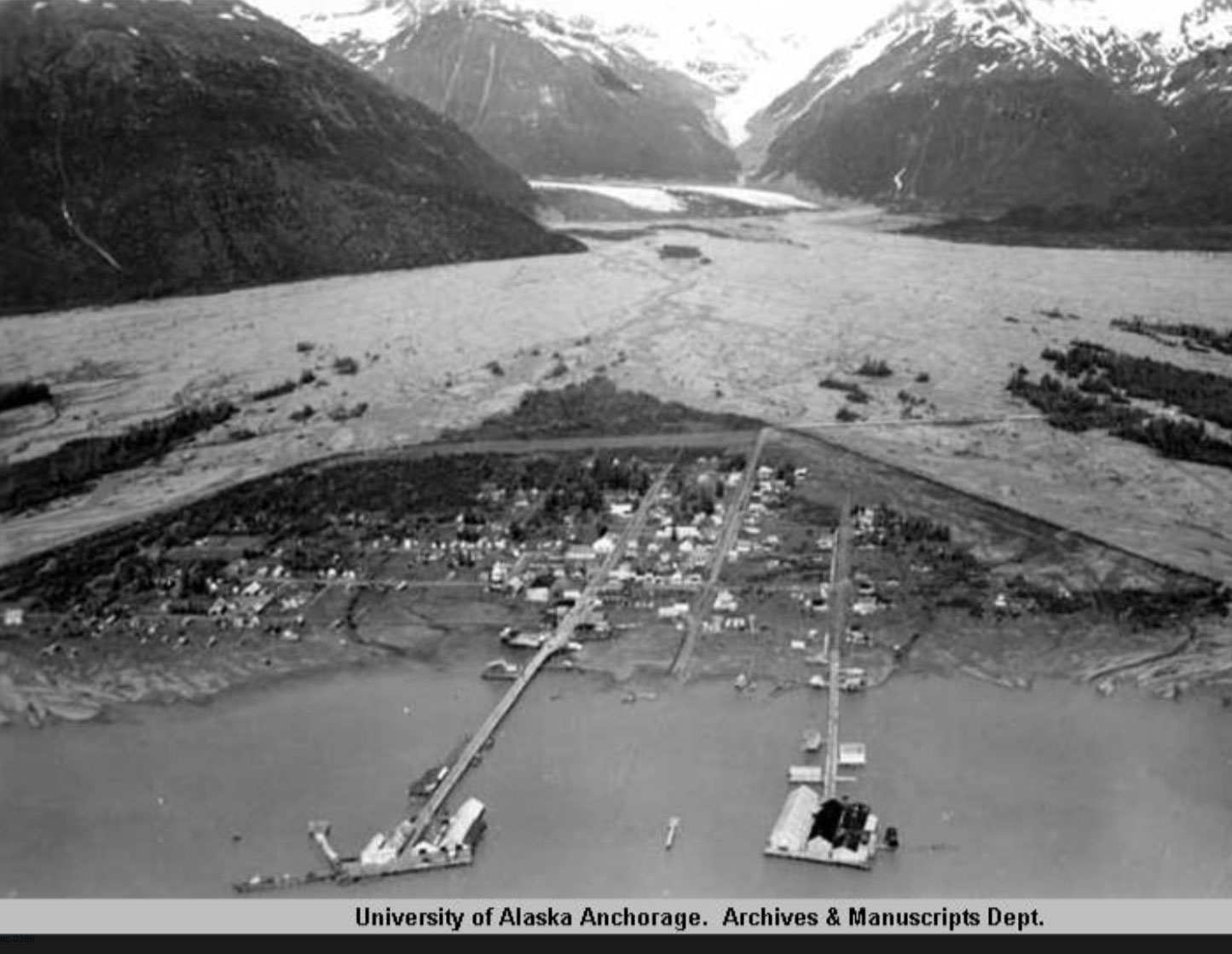