Preparing for if Things Get a Little Wet
High Ground Map

While we don't expect another tsunami anytime soon, and the town of Valdez has been moved to a more tsunami friendly location, here is some information to be aware of, as tsunami's are still a possibility in Valdez. Every Wednesday evening at 5pm the tsunami siren is tested. If you are to hear the tsunami at other times you should immediately head to high ground. In most cases in town head to the high school. If further out of town go to the airport. Or if you're past Valdez Glacier Stream travel out the highway past Robe Lake (six mile marker on the Richardson Highway). If out Dayville Road and a tsunami is in sight head up the hillside, otherwise go past 6 mile on the Richardson Highway.

The adjacent map shows expected levels of tsunami encroachment to Valdez depending on the type of tsunami.

Yellow is the current highest high tides. Scenario's 1-6 signify an underwater sluff of shelf falling into deeper waters. Scenario's 13-15 are typical fault slips occurring in Prince William Sound or the Gulf of Alaska.

March 27, 1964, The Mw9.2 Alaska earthquake of 5:36 p.m. March 27, 1964, at Valdez was characterized by a strong, rapid, rolling motion lasting from three to five minutes, during which people had great difficulty standing. The ground surface was heaving and subsiding like a swell in the open ocean, except more frequent and rapid. The great disaster during the earthquake happened in the dock and harbor area, where a massive submarine landslide generated a tsunami, inundating the waterfront up to two blocks inland. The slide and slide-generated waves were responsible for the deaths of 30 people at the city dock. Two men were killed by falling cargo and another died because of a heart attack.

The second wave crossed the waterfront 10â€“15 minutes after the first wave, carrying a large amount of the debris. 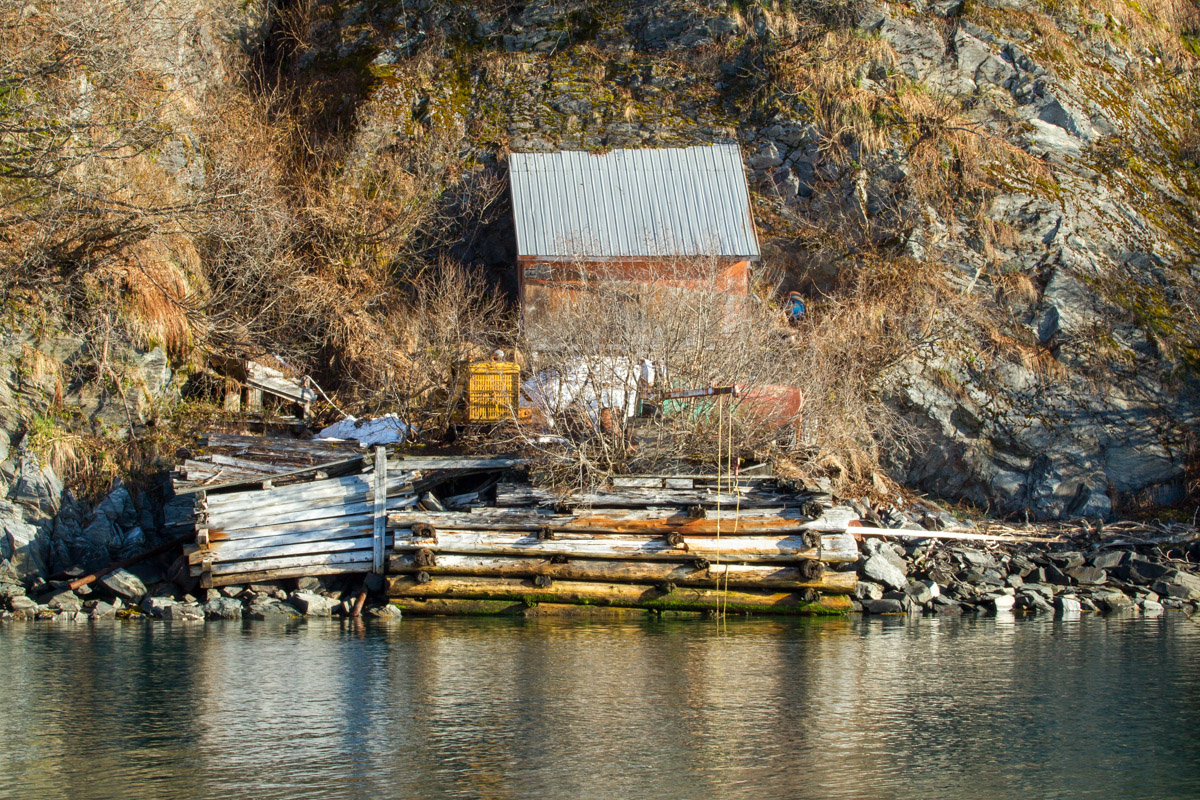 Shortly after the first and second waves, a tectonic tsunami caused by the seafloor deformation in Prince William Sound and Gulf of Alaska started to approach Port Valdez. After the first 25 minutes, waves reaching Valdez were on the low tide and not high enough to be noticed by the Valdez residents, and could possibly fail to reach a normal hightide level. With the tide rising throughout the entire evening, activity of the tectonic waves became more destructive. Most notably the so-called third wave, between 10:30 p.m. and midnight on March 27, and the fourth wave, between 12:30 a.m. and 1:45 a.m. the following morning, flooded the city. Most likely the crests of the third and the fourth wave occurred around 11:45 p.m. and 1:35 a.m., respectively (Wilson and TÃ¸rum, 1972). Since the tectonic tsunami became superimposed with the high tide, the third wave reached 0.76 m (2.5 ft) above ground in the Valdez Hotel on McKinley Street and most likely reached Hobart Street at 11:45 p.m. Water from the fourth wave, nearly coincident with the predicted high tide, was 1.5â€“1.8 m (5â€“6 ft) deep in buildings along McKinley Street and 0.6 m (2 ft) deep on Hobart Street. Since the final wave left water marks on building exteriors several inches higher than the interior water marks, it was concluded that the final wave advanced and receded with considerable speed.

The highest location obliterated by waves was near the large, abandoned Cliff Mine. According to Plafker and Mayo (1965), the waves deposited driftwood at points 52 m (170 ft) above sea level and splashed silt and sand up to an elevation of 67 m (220 ft). Directly across from the Cliff Mine in Anderson Bay at the south shore of Port Valdez, the waves ran up to 24 m (78 ft) above the water level and destroyed a small fishing camp. All structures of the camp were swept away, leaving only the driven piling foundations. Its sole inhabitant, Harry Henderson, was missing and presumably drowned in the violent local waves that struck Anderson Bay.